Original Czar Peter went to Europe for the first time in 1697 with a Grand Embassy to seek the settlement with the European monarchs and the Ottoman Empire. Ottoman Empire laid siege on Vienna in 1683. How stop the Ottoman sultan from taking Vienna? 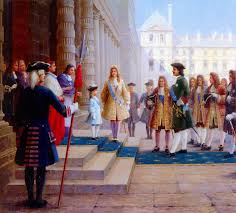 The ensuing war of Western Europe with the Empire lasted until Czar Peter alias returned home in 1699. This Embassy was scheduled to take a couple of weeks only. Nobody of the Russian Grand Embassy returned back home.

Brand new Czar Peter changed his agenda completely and started traveling to Germany, Holland, and England. He worked as a carpenter for 4 months in the shipyard of the Dutch East Indian company in the construction of a ship “Peter and Paul” allegedly especially laid down for him.

Czar Peter met with King William III, visited Greenwich and Oxford, and saw a Royal Navy Fleet Review at Deptford. He had to rush home from England to crush the rebellion of the Streltsy Czar’s guard and to punish ruthlessly the mutineers. Weeks before his return, the Russian Army easily and bloodlessly crushed the rebellion.

Upon his arrival, Czar Peter ordered that 1,200 Streltsy rebels be tortured and executed (a couple of dozen by Czar`s own hand). As a warning to future conspirators, their bodies were publicly exhibited. Peter reformed Russia to the hilt.

. Czar Peter went to Europe as a young man of 25 to sue for peace but returned home after 2 years another man of 40 years that mastered shipbuilding and a prize saber fight. The improved version of czar Peter smoked, spoke Russian with the German accent, and ordered to call him Great from now on.

His own family did not recognize him, consequently, he sent his wife Eudoxia to a monastery. 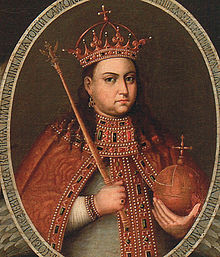 Peter disbanded the Czar`s guard of Streltsy that supported his half-sister Sophia who pretended to the throne. Actually, he made her a nun and banned her to a monastery too. Czar Peter ordered the nobility of boyars to cut beards, smoke tobacco, and dance ballet. Peter, once he became the Great one beheaded the old imperial guard, created the modern land army that won, and built a fleet that sank.

Better yet, Czar Peter reformed the Orthodox church into total submission. Old Russian Orthodox Church called him Antichrist, so he created a Church Council Synod and proclaimed himself its head. This council had reformed the Russian Church into oblivion. Most of the stubborn Orthodox crowd was simply burnt alive to save their souls.

Peter performed a live trial of this new army of the king of Sweden Karl XII who also wanted to usurp the Russian throne too. Peter beat Karl’s army rumored to be the best of this time in Europe into pulp in Poltava, Ukraine. Peter the Great promoted himself to the Emperor of Russia.

High European aristocracy didn’t let Czar Peter marry in. Peter has raised a merchant military convoy woman Marta Skowrońska to an Emperes Ekaterina I. He took her from his general, the latter took Marta-Katerina from his caporal.

Russia paid a steep price for his reforms in blood, sweat, and tears. Peter did not quite succeed in his brazen reforms, so he left a Will ordering the Russian Empire to reconquer Europe again.

For the Dutch Czar Peter, the European customs were in all respects superior to Russian traditions. He ordered the German historians imported to Russia to found a Russian Academy and to rewrite Russian history in line with the consensual one practiced in Europe. 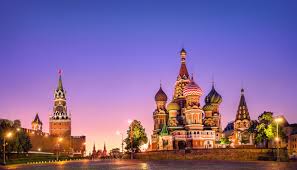 Czar Peter Great has literally ruined Russia, lost at least a quarter of its population, tried to break into Europe, made Russia into an awkward upstart, and a laughing stock of Europe. 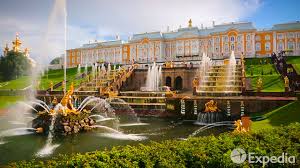 For his own security, he moved the capital of Russia from Moscow to St Petersburg. The new capital was not only a window to Europe but a backdoor to Europe, just in case.

The monument glorifying the deeds of Russian Czar Peter Great was erected in 1997 is a 98-meter-high (322 ft). Initially, it was designed by the Georgian designer Zurab Tsereteli as a monument for Columbus in New York to commemorate 500 years of discovery of America. Russian post office printed millions of stamps but  New York said NIET, i.e., many thanks, but NO!!!

Sculptor Zereteli morphed Columbus into Great Czar Peter to commemorate 300 years of the Russian Navy that took 100 years to hit the ocean waves.  It weighs around 1,000 tons and contains 600 tons of stainless steel, bronze, and copper.

The statue has courted controversy and was voted the tenth ugliest building in the world. Muscovites were skeptical about the whole idea: why pay tribute to Peter the Great, who loathed Moscow and moved the capital to St Petersburg.

Moscow authorities, keen to get rid of the Peter the Great statue, offered to relocate it to Saint Petersburg, but this offer was refused by the latter as they already have Dutch Czar Peter equestrian statue.

Better yet,  to crown it all the Russians are still taught by historians that Czar Peter was an authentic Russian!

Refutation of the article from Wikipedia

Refutation of the article in Wikipedia about the New Chronology