Crucial events take place right now. Pandemic is only a cover. Full control of the global population in the works. New Normal?

To reduce racial tensions United Nations have proposed to change the colors of the chess pieces from Black and White to Blue and Rose.

Optimistic case. Research on military and/or political agenda in China, USA, Israel, UK, Russia. A man-made virus always has an antidote vaccine that will be released upon the achievement of objectives of the agenda. Humans have let the virus Djinn out of the lamp. Controlled reduction of the world population.

Facts: China, USA, Israel, UK, Russia blame and claim each other in creating a man-made virus. Nobel laureate Luc Montagnier claims that Coronavirus is man-made has elements of HIV & Malaria.

A pessimistic case. Pandemic as a result of mutation of coronavirus uncontrolled by humans. Uncontrolled reduction of the world population until it develops immunity. The Spanish flu pandemic was a result of an uncontrolled mutation that killed over 50 million persons in 1918-1921.

Facts: the majority of virusologists say uncontrolled mutation; pandemics is used by conflicting vested interest on their agenda

Vaccine competition: Russia was the first one with Sputnik V to boast one.

Aim: to improve the quality of life of Aristocracy by reduction of world population to 1 billion by 2066 with feodality as solution.

To reverse the diminishing of USA Trump starts MAGA operation.
Trump wants to make the USA the leading industrial and scientific power;
Trump wants to make Big Money working for industry, and not to speculation;
Trump wants to dismantle the Deep State;
By 2019 the USA starts a trade war with China by introducing import tariffs;
At the same time, the USA and China begin a Cold Hybrid War;
Ways & Means of Cold Hybrid War: genomics, genetical engineering, mass-media, world trade; manipulations in each other’s ranks;
American Congress dominated by Democrats impeach Trump;
but lose the impeachment in Senate and Supreme court where they have no majority;
American Deep State supports Democrats and sets up an epidemic with a man-made virus in Wuhan, China through a joint venture virus lab owned by China, Gates, and Soros;
China applies strict quarantine measures and lockdowns in Wuhan, nevertheless local epidemics turns into pandemics in Europe, USA, Brazil, Russia that follow suit and introduce lockdowns;
The statistics of pandemics are manipulated according to instructions issued by WHO controlled by the Deep State that controls Big Pharma, and Big Money;
With the exception of Germany, Japan, Sweden, Belorussia all mortality is attributed to pandemics without establishing the true cause of death;
Lockdowns and mandatory “stay home” policy have in the final count disastrous results for economies of the countries and livelihood of populations that by far exceed the loss of human lives;

Will Biden if elected replace Stars & Banners with the LGBT flag?

Corollary: statistics risk to be manipulated.

Fact: both parties use pandemics as a propaganda vehicle, claims, and counterclaims

Troubled 2020 served us with a Corona cocktail of Armageddon & Apocalypse. Mass media pours on us problems of climate change, CO2, overpopulation. The lockdown of the Global village ruins the Global economy.

We unlock the common sense, serve You a list of chunky facts from the cauldron of history that pinpoints a highly probable culprit of WWIII.

Prelude
The United Kingdom and the Kingdom of France started to colonize North America from 1580. Fought each other in several “Indian” wars.

Fact 1
British Empire lost in 1775-1783 the American Revolutionary War or First Civil war against 13 colonies in North America that adopted the Declaration of Independence on July 4, 1776.

Fact 3
As the freedom-fighters of the United States of America stood no chance alone, they called and received help from France, Spain, and most countries of Europe who objected to the dominance of the British Empire and won.

Fact 4
In 1783, the United Kingdom recognized American independence, but the spirit of the British Empire didn’t.

Fact 5
The British Empire paid back by instigating the French revolution of 1789. Louis XVI lost firstly crown, then head.

Fact 6
Consequently, the United Kingdom continued to hassle the American shores. The USA declared the war to Great Britain in 1812 and won it by 1815.

Fact 7
The American Civil War of 1861-1865, between Confederacy and Northern UnitedStates, was instigated by the British Empire. France meddled too.

Fact 8
Britain financed blockade runners that sent munitions and luxuries to Confederate ports in return for cotton and tobacco, built 2 warships for Confederacy. The British elite supported the Confederacy.

Fact 9
The Confederacy hoped for military intervention by Britain and France but failed on both counts. British Empire failed to split the USA.

Fact 11
German army beat the French, captured Emperor of France of Napoleon III, and founded the German Empire on January 18, 1971.

Fact 12
The Prussian King William I was proclaimed German Emperor in the Cristal Gallery of Versailles Palace.

Fact 15
Otto von Bismarck, (1 April 1815 – 30 July 1898) masterminded the unification of Germany in 1871 and served as its first chancellor until 1890, made Germany to the juggernaut of science and technology.

Fact 18
British intelligence services were superior to German and American ones. The USA from neutrality was moved to declare in April 1914 the war to Germany that tried to block shipments Britain.

Fact 19
Due to pressure from Russian generals and Duma(Parliament), Emperor Nikolai II abdicated on 3 March 1917.

Fact 20
Russian Provisional Government, headed by Kerensky is formed on 8 March 1917 and lasts till 25 October 1917.

Fact 22
President Woodrow Wilson issued on January 8, 1918, “The Fourteen Points statement of principles for peace” to end World War I.

Fact 24
On 11 November Marechal Foch signed an Armistice for 36 days with low ranking delegates from Germany that had to be extended several times before the Peace Treaty.

Fact 26
None of the “14 points” were fulfilled. Conditions of “peace” imposed contribution to France of 600 billion francs, guaranteed to arm the future opponents for WWII, naturally, British Empire hoped to manipulate the conflict.

Fact 27
The British Empire ruled the waves and world politics and masterminded the dismemberment of the fallen Empires. Introduced gold standard again.

Fact 28
British empire blocked the access of its markets to the USA creating thus the Wall Street Crash of 1929, that turned into the Great Depression.

Fact 29
By 1929 Russia dropped the idea of the world revolution, expelled Trotsky, started collectivization of agriculture and industrialization.

Fact 31
British Empire started “appeasement” operations vs Germany, helped Adolf Hitler to become the chancellor of the Third Reich, let him unite with Austria, occupy the Sudeten part of Czechoslovakia on 1 October 1938.

Fact 32
The USA took a major part in the building of 9000 factories from 1927 to 1940, german companies participated and delivered.

Fact 33
By 1939 Russia has reached major objectives of industrialization and rid off the old pre-1917 revolution guard.

Fact 34
Nazi Germany and the Soviet Union signed in Moscow on 23 August 1939 the Molotov–Ribbentrop non-aggression pact that let them to partition Poland between them and gave time to improve their armies.

Fact 36
France and Britain entered the war on 1 September 1939. WWII began as the “funny” war, without attacks but with bombardment with leaflets.

Fact 37
The “funny” war went on till 10 May 1940 when Germans attacked France through Ardennes, Belgium, Luxembourg. German tanks and infantry quickly reached Dunkirk on 20 May 1940.

Fact 38
Adolf Hitler ordered his generals on 26 May 1940 to stop the attack and let the British to evacuate till 4 June 338 326 soldiers. He said to generals: “Our future friend Great Britain will need these soldiers to keep order on their Empire”.

On June 22 1940 an armistice was signed with the Germans, near Compiègne, in the same railway car that had been the scene of Foch’s triumph in 1918. France was divided into a quasi-sovereign French state with capital in Vichy and occupied zone.

Fact 40
Rudolf Hess, appointed Deputy Führer to Adolf Hitler in 1933, on 10 May 1941, had flown solo for 1,000 miles from Bavaria to parachute to Scotland in for talks with British prince before Germany invades Russia on 22 June 1941.

Fact 41.
Rudolf Hess was troubled neither by German nor British air defense. Brilliant operation of British Intelligence. If Germany attacks Russia, the British Empire will hold the opening of the Second Front until 1944.

The true history of China

China claims that a) the USA has planted the virus from the laboratory in Wuhan, b) the virus came from American troops that participated in military games in October 2019, Wuhan. 4000 of the covid-19 death count.

America claims that a) China launched the virus pandemics to ensure its domination, b) China must be punished for the death of 250 000 Americans.

Thank You for sharing & liking our page!

The lockdowns give You the leisure to check world history and draw parallels with today.

Thank You for Your Interest in the breakthrough theory based on exact sciences that try to turn history into science too in spite of mainstream historians. The theory of the New Chronology needs funds for the radiocarbon black-box tests. Thank You for your continued support. 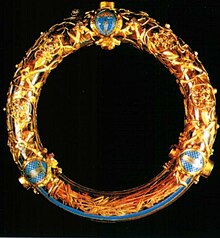 Radiocarbon test of the Crown of Thorns.

In 1238, Baldwin II, the Latin Emperor of Constantinople, anxious to obtain support for his tottering empire, offered the crown of thorns to Louis IX, King of France. It was then in the hands of the Venetians as security for a great loan of 13,134 gold pieces, yet it was redeemed and conveyed to Paris where Louis IX built the Sainte-Chapelle, completed 1248, to receive it. The relic stayed there until the French Revolution, when, after finding a home for a while in the Bibliothèque Nationale, the Concordat of 1801 restored it to the Church, and it was deposited in the Cathedral of Notre-Dame de Paris.

The relic that the Church received is a twisted circlet of rushes of Juncus balticus, a plant native to maritime areas of northern Britain, the Baltic region, and Scandinavia; the thorns preserved in various other reliquaries are of Ziziphus spina-christi, a plant native to Africa and Southern and Western Asia, and had allegedly been removed from the Crown and kept in separate reliquaries since soon after they arrived in France. New reliquaries were provided for the relic, one commissioned by Napoleon Bonaparte, another, in jeweled rock crystal and more suitably Gothic, was made to the designs of Eugene Viollet-le-Duc. In 2001, when the surviving treasures from the Sainte-Chapelle were exhibited at the Louvre, the chaplet was solemnly presented every Friday at Notre-Dame. Pope Saint John Paul II translated it personally to Sainte-Chapelle during World Youth Day. The relic can be seen only on the first Friday of every month, when it is exhibited for a special veneration mass, as well as each Friday of Lent.

Members of the Paris Fire Brigade saved the relic during the Notre-Dame de Paris fire of April 15, 2019.